Insolvency and the right to terminate contracts 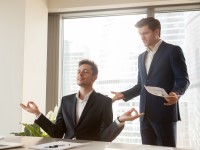 Reforms to insolvency laws which commenced on 1 July 2018 prevent contracting parties from relying on certain termination clauses in commercial contracts.

The ipso facto regime aims to give companies facing financial difficulties an opportunity to trade their way out of their predicament rather than having a contract unilaterally terminated. A contracting party will no longer be able to rely on an ipso facto clause to end a contract in certain circumstances pertaining to the other party’s financial position.

Companies should be aware of the impact of these changes and review their contracts and internal processes accordingly.

What is an ipso facto clause?

An ipso facto clause allows a party to terminate the contract based on the existence of a fact or circumstance, rather than a default by the counterparty. In commercial dealings, a trigger for invoking an ipso facto clause will generally include an insolvency event, whether actual insolvency or a precursor to insolvency, such as the appointment of an administrator.

The benefit to a party invoking an ipso facto clause is the potential to mitigate loss by taking action once the risk of insolvency becomes apparent.

How do the reforms change ipso facto clauses?

Parties are now restricted from relying on an express ipso facto provision in a contract by reason of:

Effectively, the reforms put a ‘stay’ on a party exercising certain rights on the basis of a potential or pending insolvency. The contractor benefiting from the stay has an opportunity to continue receiving the benefit of the contract and to trade its way out of financial difficulty.

The reforms do not affect other termination rights under a contract (such as termination for non-performance) or statutory rights. However, a party wishing to rely on such clauses should be able to demonstrate the legitimacy of its right to terminate by reason other than the counter party’s financial position.

How long does the stay apply for?

If the contracting company subsequently goes into receivership or liquidation, the stay is lifted, the protection no longer exists, and the ipso facto rights will be enforceable.

In other circumstances, the stay may be lifted – either by arrangement between the administrator and the party seeking to rely on the ipso facto clause, or on application by that party to the Federal Court where it would be appropriate and in the interests of justice to do so.

The new laws are mandatory and cannot be contracted out of, with special government intervention powers being granted to address any loopholes.

The laws are not retrospective, thus any ipso facto provisions existing in contracts entered before 1 July 2018 remain intact.

What should company directors do?

Managing financial risk in commercial contracts has always formed an integral part of sound business management. The ipso facto laws highlight even more so, the importance of directors to implement proactive risk-management processes.

Company officers should understand the potential effect of the ipso facto regime on contracts. We recommend directors:

The ipso facto laws form part of an insolvency innovation package aimed at finding an appropriate balance between encouraging enterprise and protecting the community.

By imposing a stay on the exercise of an ipso facto right in certain circumstances, it is hoped that a distressed company will be in a better position to trade its way out of the financial predicament and remain solvent.

The first point of contact for company directors facing financial distress should be their legal advisor. Your lawyer can provide advice regarding protection from personal liability for insolvent trading under these new safe harbour provisions. Unlike communications with other advisors (accountants, financial / taxation advisors) communications with lawyers are subject to legal professional privilege and can generally not be used as evidence should proceedings later be brought personally against a director.

If you or someone you know wants more information or needs help or advice, please contact us on (03) 9600 0162 or email info@lordlaw.com.au.