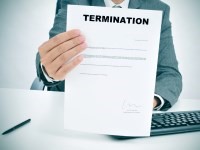 Unfair dismissal matters can be complex and frustrating for both employers and
employees alike. Since the commencement of the Fair Work Act 2009 (“the Act”)
employers have had expanded responsibilities to ensure they correctly terminate
employees and if not employees are able to successfully make unfair dismissal claims.

At the same time employers have narrower exceptions when they’re defending claims.

Terminating a person’s employment is usually stressful and upsetting for everyone
concerned, so it’s always important to understand when and how it can be done in a fair
and appropriate manner.

The issues can be complex

Unfair dismissal can also incorporate far reaching issues including employment type,
award and enterprise agreement coverage, time limits for claims and the provisions of
the legislation.

In addition the definition of ‘dismissal’ can include a situation where a person resigns but
was forced to do so because of conduct, or a course of conduct, engaged in by their
employer. This is commonly referred to as ‘constructive dismissal’.

What remains after the legislative changes is that a dismissal must be harsh, unjust or
unreasonable for it to be an unfair dismissal under the Act. The primary remedy of the
Act is for reinstatement, but in practice this does remain the exception rather than the
rule. More often than not, compensation is ordered – the Fair Work Commission can
order compensation of up six months of the employee’s salary.

Who is covered by the unfair dismissal provisions of the Fair Work Act?

• In a small business (with fewer than15 fewer employees), an employee is
covered if they have worked for at least 12 months;
• For larger businesses, employees are covered after six months;
• There is an additional hurdle for employees of small business. Even if an
employee has worked in it for 12 months, a dismissal will not be unfair where the
small business has complied with the Small Business Unfair Dismissal Code; and
• Under the Fair Work Act, a dismissal will not be unfair if an employer can show
that it was a “genuine redundancy”.

What is a “genuine redundancy”?

There are three elements to a genuine redundancy:

Small businesses – don’t be caught out

• Where unfair dismissal cases were arbitrated between 2000 to late 2010,
claimant success rates have lifted from 33% under Work Choices to 51% under
the current Fair Work Act.
• Claims under Fair Work against businesses with more than 100 employees have
a 41% success rate, versus the 33% rate under the Workplace Relations Act.
• Claims lodged under Fair Work have jumped to 17,000 per year, from 6000 under
Work Choices – in line with the increase in the number of employees able to
make unfair dismissal claims (and the removal of many employees from the State
industrial relations system to the Federal industrial relations system). Payouts
were steady, averaging about 12 weeks’ pay.

Employers need to be vigilant in conforming to the process when dismissing somebody,
even when the employer believes they have sufficient reasons to justify dismissal, such
as theft. They need to follow the correct process – such as providing warnings and
collecting documentary evidence. In the absence of this process it’s very easy to
formulate an unfair dismissal claim on the basis of a lack of fair process.

For employers the best way to avoid claims of unfair dismissal is to make sure that your
organisation and your employees really understand their obligations under the Fair Work
Act when terminating someone’s employment. It also means there should be an internal
review of the firm’s policies.

That said, only about 1% of unfair dismissal applicants to the Fair Work Commission
successfully achieve reinstatement through arbitration. The most common outcome is a
conciliated settlement. Understanding unfair dismissal claims helps parties optimise their
outcome in what can be a confusing system.

We represent both employers and employees so if you or your organisation needs
assistance or advice on how to proceed please call on (03) 9600 0162 or email
info@lordlaw.com.au.